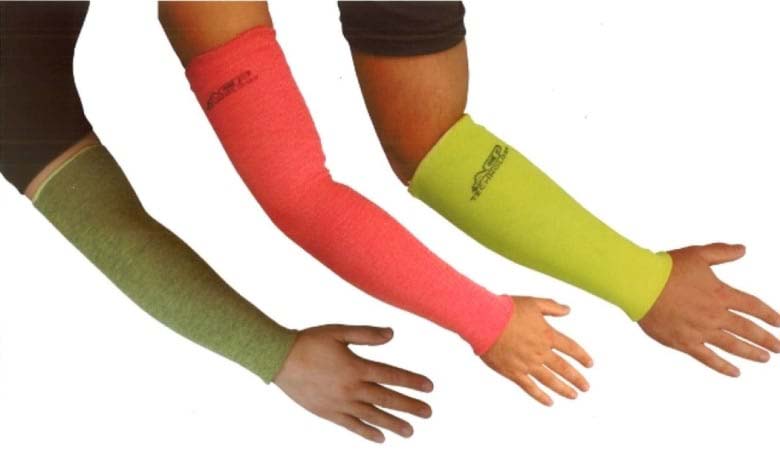 Growing up, all she wanted was to become a teacher.

She realized her dream, and at first she loved the job. But now she says violence in the classroom has spun so far out of control that she has to wear protective sleeves to guard against attacks by students.

“I’ve seen principals get hurt by students, I’ve seen blood on them. [Educational Assistants] get kicked in the head, punched, spit at,” she said.

CBC has agreed to protect the teacher’s identity because she fears speaking to the media could harm her career.

Her concerns match those of other educators across Ontario who say the verbal abuse and physical violence is leaving them injured and exhausted and are calling on school boards and the province to provide more support.

The teacher worked at several schools in the Ottawa-Carleton District School Board (OCDSB) and is qualified to teach students between Grades 4 and 12.

She began teaching about 15 years ago, but it was only after returning from time off to have children that she realized things had changed for the worse.

“I remember my first day back in a particular school, and I got home and I just wanted to call and say I’m not coming back,” she said.

Because her elementary school classroom had students with severe behavioural issues, the teacher said she was required to wear protective sleeves on her arms to guard against pinching, scratching and biting.

“I was thinking of the students in the class, like, how do they feel about seeing their teachers in armour? I’m still in shock about it.”

She said the OCDSB sent her on a behaviour management course to help her gain control of her classroom, but it felt more like a self-defence class.

Other teachers taking the course were on stress leave, she said.

In a written statement, OCDSB spokesperson Sharlene Hunter said protective gear is normally worn for a short period of time while strategies are put in place to correct concerning behaviour.

Some teachers are wearing padded jackets like this one to protect themselves from attacks by students. (Submitted)

“The gear is designed to be inconspicuous. It looks like everyday clothing and is intended for use in education and health-care environments,” Hunter said.

The Ottawa Catholic School Board (OCSB) said its staff may also wear protective equipment as needed, and all staff are required to complete a range of health and safety-related training annually.

“I mean, the fact that we’re using Kevlar in the classroom seems to me that something needs to be done.”

Lamirande, who hasn’t worn the gear, is about to retire after 30 years as a teacher.

He said he’s concerned about the younger teachers and educational assistants entering the profession.

“I’m afraid at some point someone gets seriously injured, and then we’re looking at, you know, why did this happen?” he said.

“I’m hoping it doesn’t get to that and we recognize [violence] is becoming a serious problem within our classrooms.”

Lamirande believes the rise in violence is due in part to large class sizes.

“I think because we have more special needs kids in the schools with larger classes, some of the students can’t handle those large group settings, and also when they are starting to [act out] it’s harder [for teachers] to get to them,” Lamirande said.

In a written statement, Deanna Perry, superintendent of safe schools with the UCDSB, said the safety of staff and students is a priority, but there’s no standard practice when it comes to protective equipment for teachers.

“The equipment that is recommended is based on very specific components of a student’s learning plan,” Perry said.

“If you’re constantly in a position where the child knows that they can hit you and it’s not going to hurt … then it’s more likely that’s going to happen.”

She also attributes the escalation in violence to class sizes, as well as a lack of support in the classroom.

“All of these kids are entitled to the best education, but it’s also harder to differentiate their educational needs because you have such a variety in the classroom,” Baines said.

The dramatic increase could be partly attributed to a new online reporting system, but Jean Trant, president of the student support professionals bargaining unit with OSSTF, believes the violence is actually underreported.

“I don’t think it’s reported near as much as it should be reported because people just don’t have the time to do those forms.”

The UCDSB did not respond to CBC’s request for data about the number of reported incidents.

A Ministry of Education spokesperson said the province has provided new funding and training material to make classrooms safer for both students and teachers.

“The ministry has provided funding to school boards in an amount up to $10,000 towards the purchase or development of a common online health and safety incident reporting system for the 2018-19 school year,” the spokesperson said in a written statement.