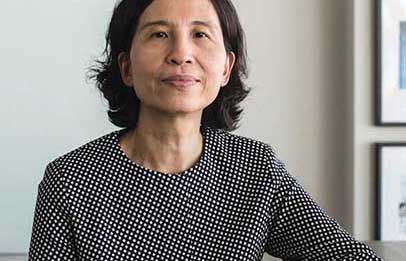 Canada’s chief public health officer says the resurgence of measles around the world demonstrates the failure of health officials to stop the spread of false information online – a problem she is vowing to tackle head on.

In an interview on Tuesday, Theresa Tam said the Public Health Agency of Canada has begun working with social scientists to understand what’s driving anti-vaccine beliefs and the pressure on social media people face to question the safety of vaccines. The agency will also be developing new social-media campaigns to inform people about the importance of vaccination and the strong safety record they have, she said.

“Misinformation or distrust of vaccines can be like a contagion that can spread as fast as measles,” Dr. Tam said. “I think we need to step up our efforts into countering that.”

British Columbia is in the midst of a measles outbreak, with nine confirmed cases so far this year. Seven of the cases were confirmed at a cluster of Vancouver schools and affected students, staff and family members of those connected to the schools. Outbreaks are raging in several other countries, including the Philippines, where nearly 140 people, mainly children, have died of measles so far this year.

Many of the outbreaks, particularly in developed countries, can be traced to people who are unvaccinated. The World Health Organization has declared “vaccine hesitancy” – the refusal or reluctance to vaccinate – one of the top global health threats in 2019.

Measles is highly contagious, which is why health officials are so concerned when any new cases emerge. Before the measles vaccine was introduced in 1963, the virus caused 2.6 million deaths every year, according to the World Health Organization. Canada has been free of endemic measles since 1998, meaning it’s no longer continuously circulating. New cases are introduced to Canada by people who have travelled outside the country.

But if a person is infected with measles, they will spread the infection to nearly everyone they come into contact with, unless those people are vaccinated. Some people can’t be vaccinated against measles, such as babies under the age of 1 or people with certain health conditions, which is why health officials underscore the need to have as many people vaccinated as possible. Herd immunity is only achieved when about 95 per cent of a population is vaccinated. Most cases of measles are painful, but people will fully recover. However, some people will develop life-threatening complications.

While vaccination rates across Canada remain relatively high, there are pockets of people who aren’t vaccinated, which poses a significant health risk. In many cases, people who choose not to vaccinate their children belong to the same school, religious community or social circle. But Canada doesn’t have a robust national system in place to get an accurate, real-time sense of how many people are up-to-date with their vaccinations or where there may be pockets of unvaccinated individuals.

One challenge, Dr. Tam said, is getting effective messaging to people who question the need for vaccines. “How do we tailor our approaches to address those pockets?” she said.

Dr. Tam said there’s no simple way to address the array of reasons people may choose not to vaccinate, but she highlighted the need for health professionals to work with patients and take time to give them accurate information about how well vaccines work and how safe they are.

“We generally have a very small but a very vocal anti-vaccine community,” Dr. Tam said.

The anti-vaccine community often relies on harrowing stories of children allegedly harmed by vaccines to sow doubt about their safety. These stories are “powerful” and public-health officials need to develop ways to counter those false messages, Dr. Tam said. But it’s a difficult challenge, as many of the people driving anti-vaccine sentiments are set in their opinions.

She said parents who hear anti-vaccine messages may have questions and that health professionals need to provide answers.

“I don’t think that is beyond our ability to address,” she said.