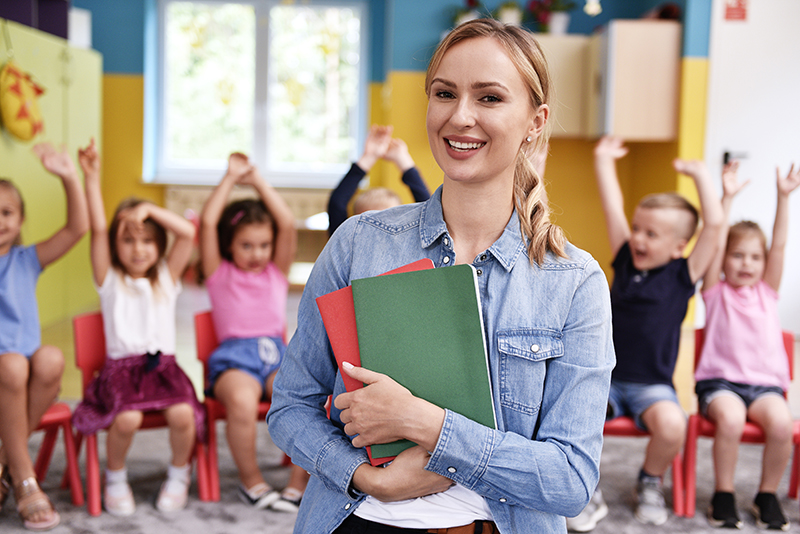 Participants were mostly (92.3%) members of Ontario’s CECE. Among the participants 40.4% had an undergraduate degree. Approximately two thirds (67.3%) had more than 12 years of experience and 50.0% had additional work-related training. The majority worked in child care centres (34.6%) or publicly funded school board kindergarten classrooms (28.8%). (See Table 1.)

Our research found ECEs are very involved in professionally meeting the needs of the children in their care. They are knowledgeable, capable, and work in a complex environment. In Ontario, they develop the classroom kindergarten program jointly with their teacher partners. While they work alongside a teacher partner there are job distinctions such as writing report cards (Ontario, 2016). ECEs support the implementation of curriculum-aligned, play-based learning activities, documenting learning, and interpret a wide variety of policies, such as health and safety requirements, nutrition guidelines, child protection regulations. We have previously shown the landscape has substantial issues (Schroeter & Sibbald, 2020).

In short, they engage with workplace training and pursue professional learning in many ways.

ECEs and the CPL

ECEs identified a few challenges to completing the CPL: finding professional learning that fits their work and family schedules (24), cost (15), and either finding specific professional learning or opportunities within commuting distance (14). The interviews led to further details explained in the following sections.

Many of these aforementioned barriers also affect kindergarten ECEs but they also experience unique issues. The specialized kindergarten placement of ECEs can lead to them being marginalized within the school environment. Some described their experience as isolating by the circumstance noting “we don’t follow the bells of the school.” Others felt marginalized through their treatment: “The word ‘educator’ doesn’t get used for both ECE and OCT, it gets used for just OCT” (the teacher).

ECEs praised school-based professional learning that included both ECEs and OCTs because it builds comradery and teamwork as well as facilitating dialogue between the two groups. As one ECE said: “the professional learning the board has put out to me has given me networking with other ECEs and other OCTs in kindergarten to share ideas.” Collaborative efforts, such as communities of practice and visits between schools, were also described as helpful.

Some of the negative comments about district professional learning seemed to be related to its the scope. School board workshops are often aligned with district or provincial mandates and foci that span various grade levels and have varying degrees of relevance to early childhood educators. For example, the 2020 change in the Ontario math curriculum led to ECEs being able to access professional learning oriented to how the math curriculum was changing, but this was of limited relevance to ECEs. One ECE indicated she had to try to contextualize the workshop information in terms of her own learning when she was a student in elementary school.

Access to release time for professional learning was identified as an issue The disparity is between the learning available for professional ECEs and for professional teachers (OCTs). An ECE explained: “OCT’s [teachers] are able to go to PD during the day, and have a supply come in and cover for them, but ECE’s often if they want to do something that they find actually meaningful they need to do it on their own time.”

Working relationships between ECEs and teachers can also be challenging due to experience differences. One ECE described working with eight different professional teacher partners in nine years: “I say my partners … none of them, with the exception of my first one, none of them had experience in Full Day Kindergarten when they started with me.” Another pointed out that the professional learning provided little opportunity for advancement: “I almost feel like after a certain period of time, years or whatever it would be, they could give a little bit of advanced standing to ECEs in kindergarten classrooms. Maybe just to teach kindergarten at the beginning …”

The issues that were raised fall into two overarching concerns: structural pathways and professional learning pathways.

The structural relationships between major components of the child care landscape can be improved. During its first decade of the CECE the focus has likely been on regulating individuals. However, we find that relationships between major ECE employers needs attention. In our opinion it is pivotal that regulatory oversight is visible and clear to the major components of the sector.  Schools, child care centres, individual providers, and community-based charitable organizations would benefit from a greater awareness of this ECE-community. This could help ECEs clarify issues such as the relationship of the CPL to workplace training and other challenges such as employers being unaware of their ECEs’ CPL goals.

The CPL is a one-size-fits-all approach that allows considerable choice, but fundamentally is a passive approach to professionalism. It could be adjusted to support ECEs more substantively. The most experienced ECEs expressed difficulty finding genuine learning opportunities. This need could be satisfied by actively running workshops and mentoring, but these currently do not count toward the CPL. The CECE could provide oversight and modify the CPL to encourage experienced ECEs to become recognized mentors or training providers, supporting ECE professional learning in the process.

Limitations to the Study

The respondents were all female, which reflects a “profession dominated by women” (Ho, n.d.). It is also suspected, though not known for certain, that the project lacks representation of indigenous and black ECEs or ECEs from other visible minorities.

Currently defined in a singular and passive manner, CPL oversight is not being used to resolve enduring issues to better the profession. In our opinion, relatively small changes in the oversight could drive significant improvements to the clarity of the CPL.

While we found a need for a closer connection between regulatory oversight and advocacy, it is also important for principals to look at how the ECEs in their kindergartens can be supported. Principals might focus on the ECE-OCT team needs. Alternatively, they could facilitate ECEs from various classrooms, schools, or the larger ECE community getting together. Either way there are opportunities to help enrich ECE professional learning in your school.

Dr. Tim Sibbald is an education researcher with a broad range of interests. Recent work hasexamined professional learning of ECEs, mathematics education at all levels, and lived experiences of academics. He is the editor of the Ontario Mathematics Gazette (OAME) and a full professor with the Schulich School of Education in North Bay, Ontario.