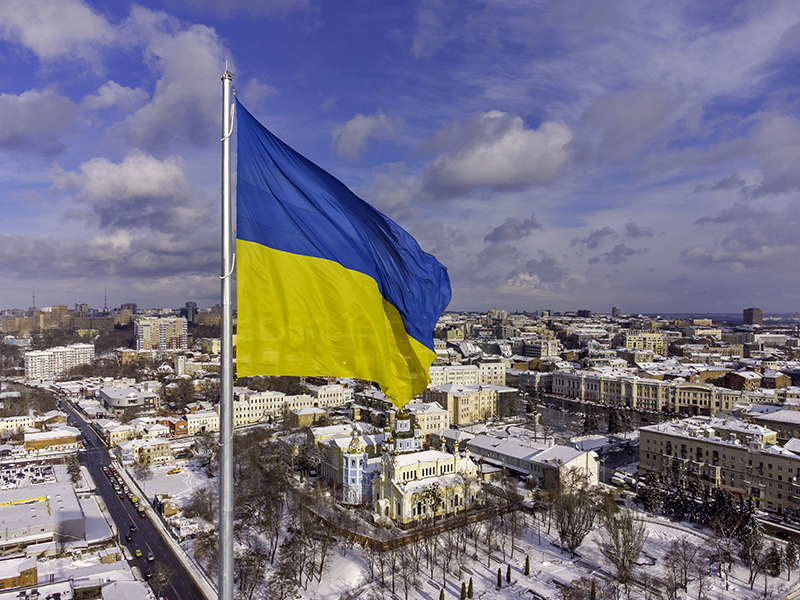 In the early 20th century — 1906, to be exact — my great-grandparents, along with thousands of others, fled the pogroms and anti-Semitism of Europe, specifically Russia, in search of a better life. As Jews, they were the frequent targets of hate, violence, and inequality under the law.

They made their way to Canada, with little in the way of English, possessions, money, or sense of what the future held in store. Just a few generations later, their sacrifices have paved the way for members of our family to achieve things that, to them at the time, would not have been thought possible.

As a direct beneficiary of those sacrifices, I am grateful for their courage, but the root causes of their forced departure are not lost on me, and remain even more present in my mind today as events unfold in Ukraine.

As I watch what is happening in Europe with disbelief and horror, my thoughts are taken back to the months I spent in Grade 9 with leaders from Winnipeg’s Jewish community as they prepared us for a trip to Washington, D.C., and a visit to the United States Holocaust Museum.

It was during those conversations that my peers and I learned about the ways in which an entire people were brainwashed to believe that their fellow citizens, colleagues, neighbours and teachers, were “lesser than.” It was as a result of those prevailing attitudes that my ancestors were forced to migrate west.

My classmates and I were taught these lessons, not only for the purpose of understanding the past and the harsh realities of our Jewish heritage, but more importantly to help ensure such atrocities could not be permitted to occur again.

Russian President Vladimir Putin is keen on implementing a brutal regime while dehumanizing the Ukrainian people with accusations that include false claims that its Jewish president and prime minister are, in effect, Nazis. These accusations, not only false and more accurately descriptive of Putin himself, are eerily reminiscent of the ways in which Adolf Hitler began his slow and methodical goal of eradicating the Jewish people, and other minorities, from European society, and his push for greater territorial control.

A widely accepted definition of genocide includes 10 stages: classification, symbolization, discrimination, dehumanization, organization, polarization, preparation, persecution, extermination and denial. It is clear, as we watch reports of news feeds from Russia and the rhetoric from Putin, that the Russian population has, in large part, been led to believe — through official state information — that Ukraine and the Ukrainian people are not legitimate, and that war is justified on that basis.

Much of this comes as a result of government propaganda aimed at dehumanizing another group. There is no doubt that several of
the 10 stages of genocide are active in Putin’s campaign. This is not to imply that what is happening in Ukraine right now will inevitably lead to genocide, but the strategic approach to demonizing a people is clearly in line with other historical conflicts that began in similar ways.

We have also seen this play out in Donald Trump’s America and the election that led to his presidency, and more recently here in Canada during the so-called “Freedom” convoy, as people consume information through amateur social media platforms that attempt to create fractions within our own populations, and play upon fear and lies to achieve the larger aims of greater power and control.

As an educator, I am left to wonder what role we can play to ensure our young people are not only aware of what is going on in Ukraine, but that they have the necessary tools to make sense of it. This includes an ability to draw links between other historical events and what is happening today.

We need to help young people understand the power of communication, the role of government and its different forms, the role of media, and how to find — and then make sense of — the truth within it all.

Historians often use what are called “historical thinking concepts” as an approach to the study of human history. The six primary concepts are: 1) to establish historical significance, 2) use primary source evidence, 3) identify continuity and change, 4) analyze cause and consequence, 5) consider historical perspective, and 6) understand the ethical dimensions of historical interpretation.

As the Historical Thinking Project of Canada says, these concepts allow students to “detect the differences … between the uses and abuses of history. Historical thinking only becomes possible in relation to substantive content.”

We need our young people to engage in discussions about world affairs at home and in the classroom. By asking them, and others we engage with, where they got their information, how they know it is true, whether or not it can be trusted, what they are going to do with it, and what questions they might have moving forward, we can greatly impact the development of their critical thinking skills and, as such, contribute
to a better future.