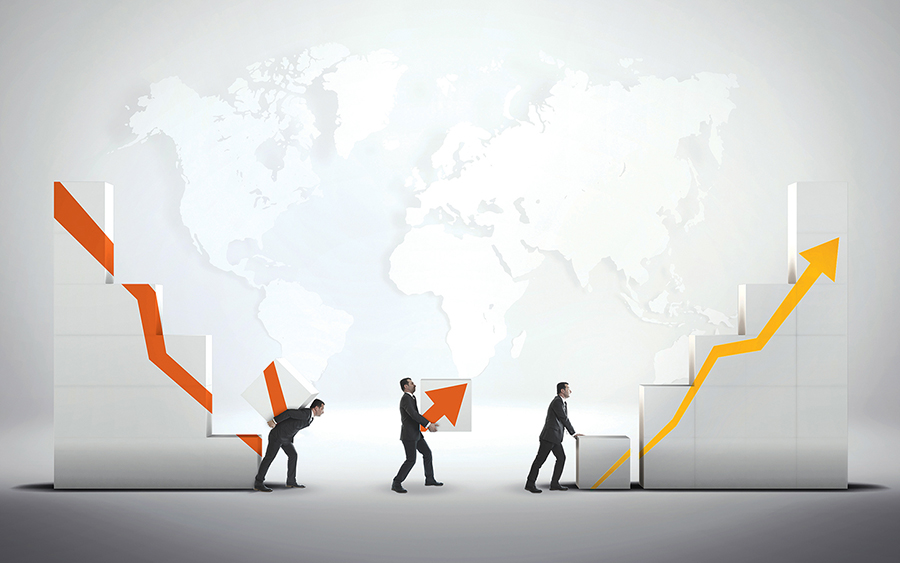 Throughout history we have faced crisis’, be they natural disasters, disease, war, or other situations caused by mankind.  They may have an impact on a global, regional, or local level, depending on whom they affect.  What they all have in common however, is they bring about change.  This might be change to the natural environment, human interaction, policy and practice or a multitude of other entities.  Each crisis demands action, and for those who are “adaptable to change”, the results can yield growth and positive outcomes.

As school leaders, we are at such a point with the Covid-19 pandemic.  The term crisis is often described ‘that crucial point at which something begins to change’, and we have seen the many changes to the lives of those we serve over this past year.  There have been changes to the emotional well-being of our students and staff, the modes of delivery for the curriculum,  means and limitations to social interactions, a decreased sense of security, and so much more.  We cannot expect to simply return to “normal”.  That “normal” no longer exists and the needs of those we serve have changed, and if we are to be successful, we need to adapt and refocus our leadership on identifying and meeting those needs.  So, where do we begin?

Let’s first acknowledge that we are facing perhaps the greatest crisis of our time and most certainly in our professional careers.  Admiral Stockdale, the highest ranking U.S officer to be held captive during the Vietnam War, devised what has been called the Stockdale Paradox.  After being shot down over North Vietnam he was held for a period of eight years at the infamous ‘Hanoi Hilton’ prisoner of war camp where he and his men were subjected to ongoing torment, interrogation, and torture.  As the senior officer he recognized it was his duty to do everything within his power to help his men through this most horrific ordeal.  His goal was to both thwart the enemy’s plan to use his men as propaganda tools while also creating conditions that would help as many as possible to survive unbroken.  He created a secret code, developed around a series of taps that could be used during times of enforced silence.  Strategies and permissions were given around providing information when being tortured since he knew that no individual could hold out forever.  He was even reported to have beaten himself with a stool and cut himself with a razor to prevent his captors from parading him as an example of how well they were caring for prisoners of war.

Admiral Stockdale insists that one must always confront the brutal facts of the reality that one is in, while never losing faith that one will prevail in the end; hence the paradox.  He was honest with his men and did not set any unrealistic or hopeful date for their release.  When asked about who did not make it out, he said, “That’s easy.  The optimists” (Collins 2001, p.85).  They were always optimistic they would be out by a certain date, and it would eventually come and go with no rescue.  This process would repeat itself over and over again, leading to emotionally demoralized and defeated men.

We utilized this strategy at one of my former schools whenever we faced a difficult situation or crisis.  We found that simply thinking about the stark reality we faced was not enough.  We needed to confront the fullness of the situation, and this required us to verbally state or write down the issue, challenges and obstacles facing us.  It was only then that we came to fully appreciate what we were up against, and it was with that shared understanding that we became a more cohesive and determined team.  Your positive outlook needs to be counterbalanced by the stark realities that you face, knowing that you could utterly fail.  This duality not only strengthened our resolve but also served as a buffer as we encountered disappointments along our journey.  It is important to remember that it is not about choosing one side of the duality, but rather learning to embrace both, knowing they are both interconnected and necessary.

I would recommend that navigating your way through this time of change begins with a process similar to what is noted above.  Include those on your leadership team in mapping out the challenges and obstacles that you are about to face and come to a clear understanding of their implications for your school.  As daunting as the facts before you may be, resolve that you will overcome these challenges and create a better future for your school and those you serve.

This is where rejecting the status quo comes into play.  This crisis has provided an opportunity for you to implement change that may not have been possible under previous circumstances.  Albert Einstein has stated that, “We cannot solve our problems with the same thinking we used when we created them.”  It is time to get creative, innovative and reimagine your school!

Is this an opportunity to create a central narrative for your school; a unifying theme that will unite the entire school on a common focus?  Is this an opportunity to re-engage those marginalized students who have little connection to the school?  Were there any issues or challenges that existed prior to Covid that might be addressed concurrently?  How can you now engage your entire school on a mission to create a climate that enables and empowers them to face and overcome the challenges that lay ahead?  Just as we have found new ways to connect and support each other through this time of adversity, it is incumbent upon the school leader to create a climate and forum for this to continue and grow within the school.

AUTHOR BIO:
John Morrison has been recognized as One of Canada’s Outstanding Principals, was in school leadership at the secondary level for 12 years, and the Co-ordinator of Leadership Programs for York University’s Faculty of Education for 5 years.  He has recently published “The IT Factor: Discover and Unleash Your Own Unique Leadership Potential”